Mississippi Woman Wins Nearly Half Million Dollars at the Palace!

Judith M. of the Jackson, Mississippi area won $439,948.58 playing a quarter denomination Wheel of Fortune Pink Diamond slot machine at the Palace on Sunday, June 29, 2014.  Judith said she had only played $15 of the $100 she inserted in the slot machine when she hit the progressive jackpot.

She and her husband visit the Palace Casino Resort three to four times a year.  They commented that the smoke free environment at the Palace Casino was their number one reason for choosing to play here instead of other Mississippi Gulf Coast casinos.  In addition, they listed the comfortable bedding in the hotel and the beautiful decoration of the resort as just two more reasons they play at the Palace.

A retired school system worker, Judith plans to use a portion of the jackpot winnings to remodel her kitchen.  Her husband said he hopes she will buy him a new tractor.  They have two adult children, a son who resides on the Mississippi Gulf Coast and a daughter who lives in the Jackson area.

Judith’s nearly half million dollar jackpot is just one of several large progressive jackpots won at the Palace recently.  In May, Stephen S. of Deltona, Florida won over $900,000 playing a Willy Wonka and The Chocolate Factory slot machine. In February 2013, Tyler M. of Michigan won $7.2 million dollars on The Lord of the Rings: The Fellowship progressive slot machine. 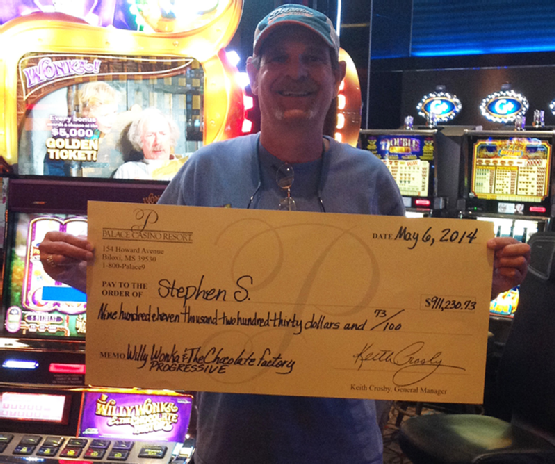 Florida man wins a scrumdiddlyumptious jackpot at his favorite casino! 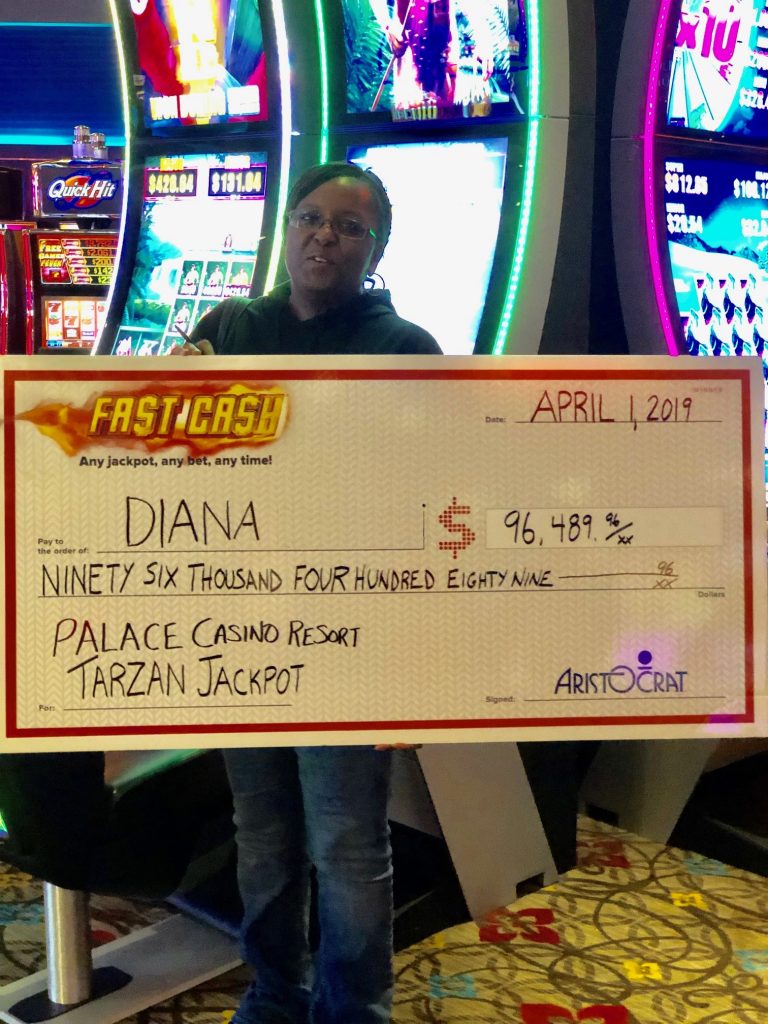 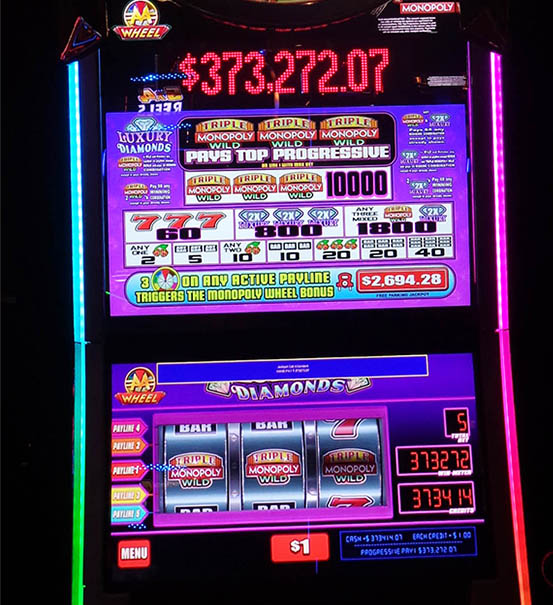